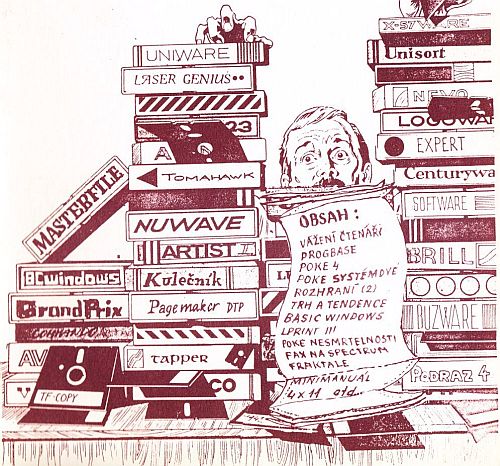 Most Czechoslovak games that are discussed in the book can be found in one or more of the following fan archives, depending on the platform and/or genre. Some of the archives might also contain Western copyrighted material, but all of them are safe fan-run websites, not illegal “warez” pages. Pre-1990 Czechoslovak games were released as freeware. You will able to get most of these games as either snapshots (contents of RAM) or tape/disk images, both of which you will able to run with a respective emulator.

Emulators are programs that recreate old machines in a software environment. Most of the popular 8-bit platforms of the 1980s can be easily emulated today. Most emulators are open source, and their user-friendliness varies. To use some of them, you need to have basic user knowledge of the original computer. FUSE, however, is quite straightforward.

If you read Czech or Slovak (Polish might also help), here are some fan archives of newsletters and other publications from Czechoslovak computer clubs of the 1980s.