Anarchy in the computer clubs 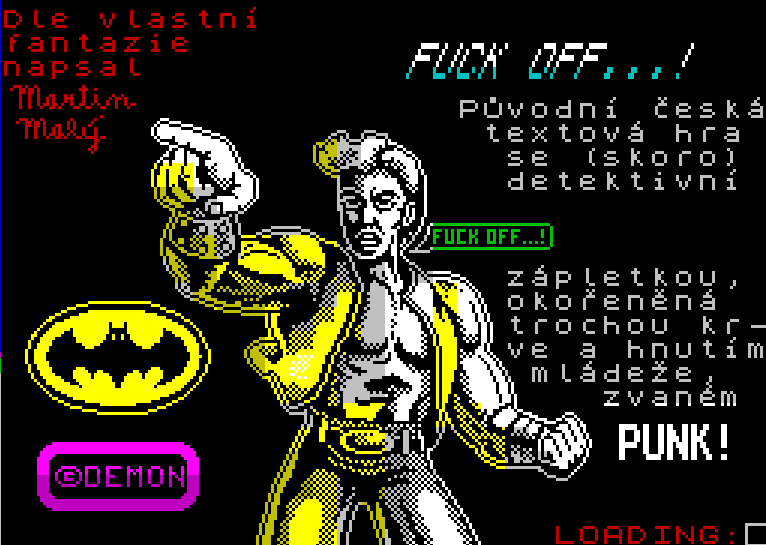 The Polish online arts magazine Obieg has published my story about young crackers, hackers, and homebrewers in Communist Czechoslovakia in their special issue on hacking cultures in the former Soviet bloc. It follows the personal narrative of Martin Malý, who was a teenage member of the late 1980s Spectrum scene, and made games like Demon in Danger or Nick Carter under the Demon label.My interview with Martin was an important milestone in my research – a point when themes and narratives started coming together. Only small bits ended up making it to the book, so I’m happy that I can share more of his story. Unlike many of his peers, Martin was a bit of a troublemaker and even left home for a brief period in the summer of 1989 to hang out with punks in Prague. Here is an excerpt from the article:

As the Soviet bloc was on the brink of falling apart and youth culture was getting more and more powerful and subversive, he left home to hang out with punks and dissidents in Prague. He was sleeping in a friend’s basement, where they discussed the latest rumors of fights between punk rockers and skinheads. After about two weeks, the group of young wannabe punks was stopped by the police and accused of plotting anti–Communist schemes. Martin – underage and reported missing – was immediately sent back to Chleby. Inspired by his Prague experience, he wrote Fuck Off...!, a text adventure that, to quote the intro, “takes place in an American city but could just as well take place here.” The player investigates the murder of a young punk, and although the initial clues suggest that he was killed by a skinhead, the culprit turns out to be the abusive father of the punk’s girlfriend – suggesting that the real enemies are the intolerant members of the older generation.

You can read the rest here.

Unfortunately, the future of the Obieg magazine is uncertain, because its publisher, has recently changed management in a very controversial move by the Polish Ministry of Culture. You can read more about it in this New York Times article.